Live like a King or Queen at the UK's best Castles 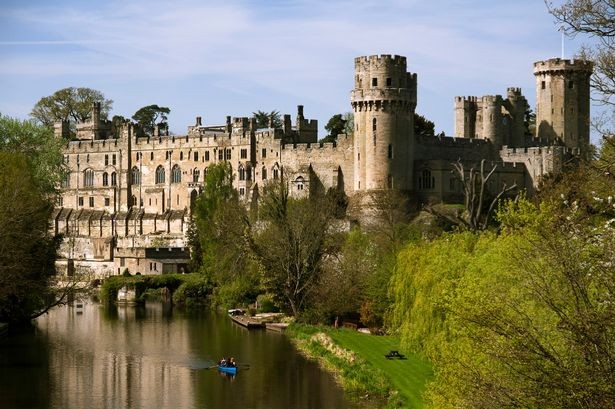 A castle is a glimpse into the past. A trip back to bygone times where moats and turrets were the norm, and battles were fought through arrow slits and with the aid of thunderous cannons. Inside the stone walls, a whole maze of secret passages, gloomy castle rooms and dark dungeons await.

There’s something enchanting and intriguing about castles; partly why so many flock to the many castles spread across the UK every year. Much of the attraction is the insight into how medieval folk really lived, and a peek behind the stories and characters that shaped our world. Wherever you are in the UK, you’re sure to find a castle. Here are a few of our favourites at ACE-FX.

One of Britain’s most popular and heavily visited castles, Warwick Castle is 950 years old and has its fair share of history and intrigue. This is a great castle to take the whole family to, with an array of activities and adventures to take part in. Explore the eerie dungeons; watch the War of the Roses summer show; or stay the night with an unforgettable medieval glamping experience.

If you’re looking for a castle with a view, this could be the one for you. Edward I did a stellar job setting his castle on the rolling hills of the Isle of Anglesey - unfortunately, he ran out of money and never managed to finish building the castle. Across the shimmering water of the moat, green hills stretch as far as the eye can see.

One of the UK’s most infamous castles, the Tower of London is definitely worth a visit. Discover London’s very own castle on a tour of the impressive fortress, palace and notorious prison. Built by William the Conqueror, the Tower was a indulgent palace, prison and menagerie before it became famous for executions during the Tudor era. With 1,000 years of history there’s plenty to learn and do; from meeting the Ravens to peeking at the Crown jewels.

On the edge of charming Winchcombe, with panoramic views over the undulating Cotswold escarpment, Sudeley Castle is truly fit for a Queen. The Tudor castle has a long history of royal connections; Henry VIII wife Katherine Parr is buried in the grounds, and Charles I once visited with his nephew, Prince Rupert. Often called the hidden gem of the Cotswolds, the castle sits among ten lush, and well-kept gardens, equipped with a glittering lake.

Arguably Scotland’s most picturesque castle, this castle remains largely intact and is the making of castle dreams. The sprawling, pinnacled, turreted castle was the ancestral seat of the Earls of Strathmore and Kinghorne, and the childhood home of HM Queen Elizabeth. Interestingly, it was also the inspiration for Shakespeare’s Macbeth. Wander the gardens and roam its many rooms, there’s a whole world to explore.