Where to Watch Englands World Cup Games in London 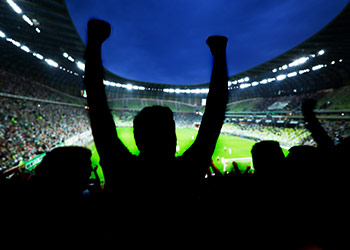 Excitement is growing among football fans because the World Cup is fast approaching. When all of the England football matches finally begin, where will you be able to watch them in London? Let's take a look at some of the best places in the capital city to take in all the action of the World Cup:

Housed in the amazing tunnels beneath Waterloo station, The Vaults is the host of the greatest World Cup screening carnival. Matches will be shown every day on a large screen. Live bands will play music from the countries that are playing at that time. There will also be a DJ and a festive atmosphere.

When you attend the Canary Wharf Motorexpo, you can see and even sit in some of the most innovative automotive creations in the world today, and some will be viewed by the public for the first time. This is an event that you will not want to miss, but you should make your travel plans today if you want to stay close to the area.

The Old Frizzle has a reputation for being a great place to watch football. This reputation is enhanced during the World Cup. An outstanding viewing experience will be provided for all who drop by. All of the matches will be shown on giant projector screens, not just the England football matches. Buckets of beer and specially created World Cup burgers will ensure that you and your mates have plenty of fuel to make it through many hours of football. Private areas and tables can also be booked.

Every minute of every World Cup match will be shown at Nordic Bar on three giant screens. While the World Cup is going on, there will be two Happy Hours for customers to take advantage of. Foosball and ping pong tables will be available to help you kill some time during half-time.

5. The Star of Kings - Kings Cross

This is the best pub in Kings Cross to get your fill of 2014 World Cup excitement. The pub contains three screens with four bookable areas that are capable of accommodating 10-200 people. Along with all the England football matches, they will also be showing every other game of the tournament. The pub has three floors, so there is plenty of space for everyone.

If you love football these are some of the best places in London to catch all of the England football matches during this year's World Cup. If however you’re lucky enough to be jetting off to Brazil to see the action live, then don’t forget to get your travel money from ACE-FX.

Share this
Next article: BHF London to Brighton Night Ride
Click & Collect Order online collect same day.
Pay on collection. HOME DELIVERY Free delivery across the UK
for orders of £750 or more. SELL YOUR CURRENCY Its a fact - we will pay you up to
8% more than the Post Office. PREPAID CURRENCY CARD The alternative to carrying cash.
Top-up online from anywhere.