On Your Bike: Prudential RideLondon 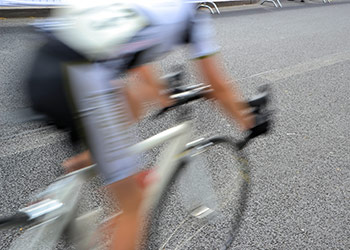 Prudential RideLondon is a world-class festival of cycling that was developed by the Mayor of London and his agencies. It will take place during the weekend of August 9-10. This is an exciting event that is not only a fun and free family ride through central London; spectators will also get to enjoy the excitement of watching some of the most skilled professional cyclists in the world perform in this race.

Similar to the London Marathon, cyclists who are amateurs will take part in a 100-mile challenge on the identical closed roads that will be used by the professional riders. Not only will the ride be fun, you will also be helping to raise money that will benefit many important causes. Prudential RideLondon is made up of four separate races:

Freecycle
The Freecycle gives people the chance to ride for eight miles on a loop consisting of closed roads in central London. The roads will be completely blocked off from all traffic for the entire duration of the event. All ages and riding abilities are welcome. Riders will be able to ride the course at any speed that they wish for as many times as they would like during the allotted time period. There will also be five festival sites that riders can stop at to enjoy activities.

Grand Prix
The Grand Prix will put the spotlight on some of the Olympic cyclists of the future. There will be two youth races. This will also be a great chance to watch and support some of the best women's cyclists in the world. These races will be held on closed roads around the area of St. James's Park.

Surrey 100
The Surrey 100 will feature 24,000 cyclists who are amateurs. They will ride through the streets of London and Surrey on a route that resembles the one that was used during the 2012 Olympic cycling races. It will begin in Queen Elizabeth Olympic Park and go through London towards the beautiful country roads that can be found in Surrey. It will then progress through the Surrey Hills and eventually come to an end on The Mall in central London.

Surrey Classic
This race features 150 of the best cyclists in the world and will be held on mostly the same route as the Surrey 100.

The Prudential RideLondon will not only be a fun day but will raise money to benefit many important causes. Come out and watch or better yet, participate!

Share this
Next article: Great London Swim, 30th Aug
Click & Collect Order online collect same day.
Pay on collection. HOME DELIVERY Free delivery across the UK
for orders of £750 or more. SELL YOUR CURRENCY Its a fact - we will pay you up to
8% more than the Post Office. PREPAID CURRENCY CARD The alternative to carrying cash.
Top-up online from anywhere.