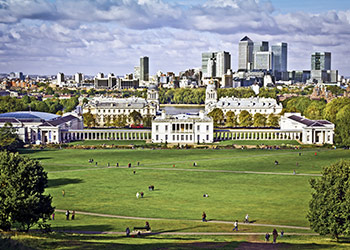 London is a city with many attractions for both residents and visitors from all over the world. One of the most well attended public events is the Greenwich and Docklands Festival, an outdoor celebration of art of and performance that is held each year in this area of the city. The Greenwich and Docklands festival has grown from a small community event to an annual citywide attraction that is attended by thousands each year.

About Greenwich and The Docklands

The Docklands is section of the city of London that is located in the east and southeast part of London that includes the areas of Greenwich, Tower Hamlets, Lewisham, Southwark and Newham. Historically, it was part of the Port of London and served as a docking area where ships unloaded their cargo. The area continued to be an important unloading area until it suffered repeated bombing during World War II. After that time, container shipping made the Docklands unusable for unloading purposes. It was renovated over a period of decades, and today is a popular area for both commercial and residential use.

Besides an afternoon of action and beach volleyball in London, every team can look forward to a goodie bag filled with surprises, lunch and a meet with top UK athletes. There will also be exciting events like the SideOut Invitational Tournament, featuring some of the top players in the country.

Events at the Greenwich and Docklands Festival

The nine days of free events has expanded to include Queen Elizabeth Olympic Park this year. Some of the events include:

The Greenwich and Docklands Festival is an event where you should expect the unexpected, and this quality has made it one of the most popular attractions in the London area during the summer season. Will you be attending? Let us know your thoughts on the festival below.

Share this
Next article: On Your Bike: Prudential RideLondon
Click & Collect Order online collect same day.
Pay on collection. HOME DELIVERY Free delivery across the UK
for orders of £750 or more. SELL YOUR CURRENCY Its a fact - we will pay you up to
8% more than the Post Office. PREPAID CURRENCY CARD The alternative to carrying cash.
Top-up online from anywhere.