Diwali: Thinking Outside The Box 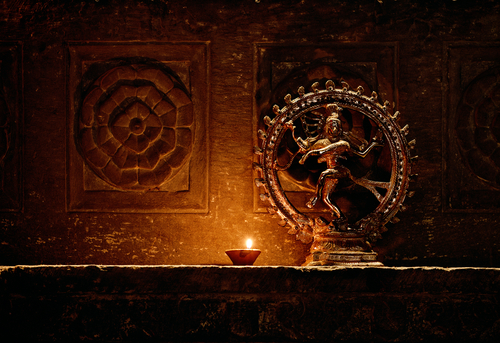 Usually, when you plan a holiday, I can bet your last Euro it would include something along the lines of relaxing somewhere exotic, going for walks at sunset along the beach and being surrounded by beautiful weather, food and people. An escape from the hustle and bustle of everyday life with friends, family and loved ones.

We here at ACE-FX obviously have absolutely nothing against such a trip, in fact we actively encourage it! However being in the global financial business we often get an insight into some of the other kinds of vacations people take.

This month sees the start (and end) of numerous religious festivals and cultural events around the globe, ranging from the Islamic new year, to Halloween! Of course most of these are celebrated here in the UK to a certain extent, but the pull of being present and witnessing such events first hand seems to be on the increase. It was no coincidence when we saw a surge in demand for the Israeli Shekel as Yom Kippur came and went at the start of the month.

Perhaps the most visually stunning of all is the Hindu festival of light, Diwali, which occurs this year on October 23rd. Diwali is celebrated over a five day period signifying victories of light over darkness; knowledge over ignorance; good over evil and hope against despair. In India, of course, it is huge. India is well known for being a country which holds its spiritual beliefs very close to its cultural core. A celebration of Diwali's magnitude would be nothing less than awesome to behold. The five day period will see a series of events unfold including prayers (puja), fireworks, family feasts, the giving and receiving of gifts and colourful decorations and lanterns being displayed throughout.

India is not automatically a place that would feature high on people's list of holiday destinations. Even with places such as Goa with its picturesque beaches and laid back feel becoming popular over the last few decades, it is still a country that is relatively unknown to tourists. Especially for people looking to go on family holidays etc. A short walk around Delhi's densely populated and overwhelmingly hot city centre will make you think twice about bringing your young children on a relaxing break.

But maybe India's greatest asset is its diversity. From the holy city of Varanasi down on the shores of the Ganges, to the heights of the Himalayan territories in the North, India is a country that never fails to disappoint no matter what kind of adventure or holiday you are looking for. There is so much to be admired and a festival such as Diwali would be a great opportunity to see India in all its colourful, spiritual, delicious and yes, often crazy, greatness.

In terms of the currency, the Indian Rupee is often declared as a 'closed' currency in the UK. This means that the Indian government has restrictions on the amount it releases and therefore allows back in to the country.

A lot of bureaus cannot get the rupee at all, but because ACE-FX is London's leading bureau, we are able to get it on demand within hours at a fantastic rate. However, because there are certain restrictions on the amount of cash the government allows in, we recommend taking a look at our pre-paid currency card that is available to buy on our website now.

As is the case with a lot of the 'closed' countries, our pre-paid card offers an alternative and often a much better rate than even our branches can offer.

For further information on this and any other currency you may want to buy for your next trip away click on the link on our home page.

Share this
Next article: Remembering Around The World
Click & Collect Order online collect same day.
Pay on collection. HOME DELIVERY Free delivery across the UK
for orders of £750 or more. SELL YOUR CURRENCY Its a fact - we will pay you up to
8% more than the Post Office. PREPAID CURRENCY CARD The alternative to carrying cash.
Top-up online from anywhere.